HONORING OUR PACT ACT: This may be the most important piece of Veterans Legislation in the last 20 plus years. We need all Veterans and Patriots to call our Senators and recommend that they pass this important legislation. Here is the VFW’s link for more background and the ability to send an email to the Senators.

Below are phone and email scripts and contacts to the Senators Office:

Phone Script for the Honoring our PACT Act:

My name is FIRST & LAST NAME and I reside in the TOWN and STATE. As one of your constituents, I ask that Senator LAST NAME support the Honoring our PACT Act.

This is a comprehensive solution to provide VA health care and benefits to veterans who suffered toxic exposures during military service. Not only would the PACT Act provide veterans health care and disability benefits, it would also establish a permanent presumptive framework to address any toxic exposure, foreign or domestic, past, present, and future. I ask Senator LAST NAME to do the right thing for veterans who are sick and dying.

I ask Senator LAST NAME to vote YES when the PACT Act comes to the Senate floor this year. Thank you for your time and consideration.

As a voter in your state, I would like to bring to your attention to an important bill that supports veterans exposed to toxic substances.

From Vietnam to the present day, members of the U.S. military have been exposed to toxic substances, both at home and abroad, which have killed many more than our enemy. For years, our government has hidden the ill effects of these toxicants from those who were exposed. Moreover, for years, the VA has denied their resulting claims.

The bill, when passed into law, would:

We need to make it right for the over 3.5 million veterans suffering from the long-term health effect of exposure to toxic agents considered to be, in many instances, just as lethal as wounds inflicted by shrapnel and bullets.

We urge Chairman Tester and Ranking Member Moran, of the Senate Veterans Affairs Committee, to move this bill out of committee immediately and onto the Senate floor for a vote and passage.

My family and I thank you.

Per ORC 5902.02, you are being furnished current state laws, rules, and legislation relating to the operation of Ohio county Veterans Service Commissions. Content is current as of the date listed below. It is up to your commission to verify content is up-to-date when using this document for any reason. These codes should not be considered all-inclusive to the operation of your commission. 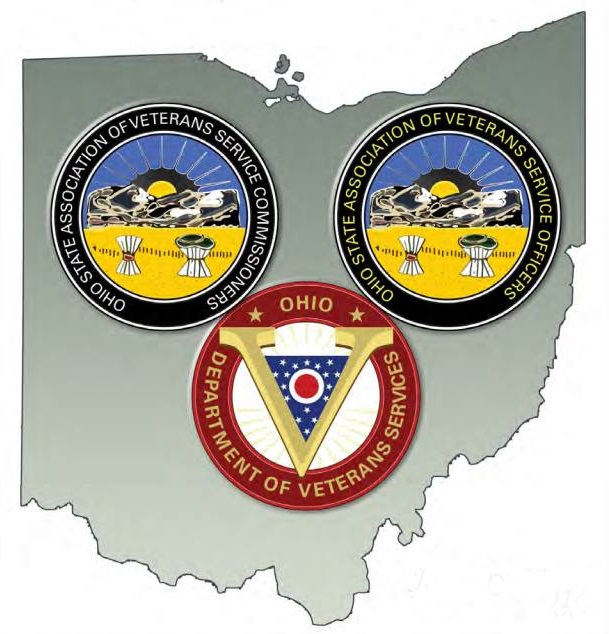 The County Veterans Service Office Legal Precedents & Attorney General Opinions is intended to provide county veterans services offices with a list of legalprecedents and Attorney General Opinions that are directly related to their responsibilities and day to day operations. When using this document it is important to know the difference between a legal precedent and legal opinion. Legal precedent and legal opinion are easily confused and sometimes are erroneously interchanged. A description of each is provided.

This is an overview of the Sunshine Laws and is not legal advice.  Contact your local prosecutor with specific questions regarding Sunshine Laws.

This document provides an overview of our Organization name, Purposes, Membership, and Amendments

Certificate of Amendment to Articles of Incorporation.